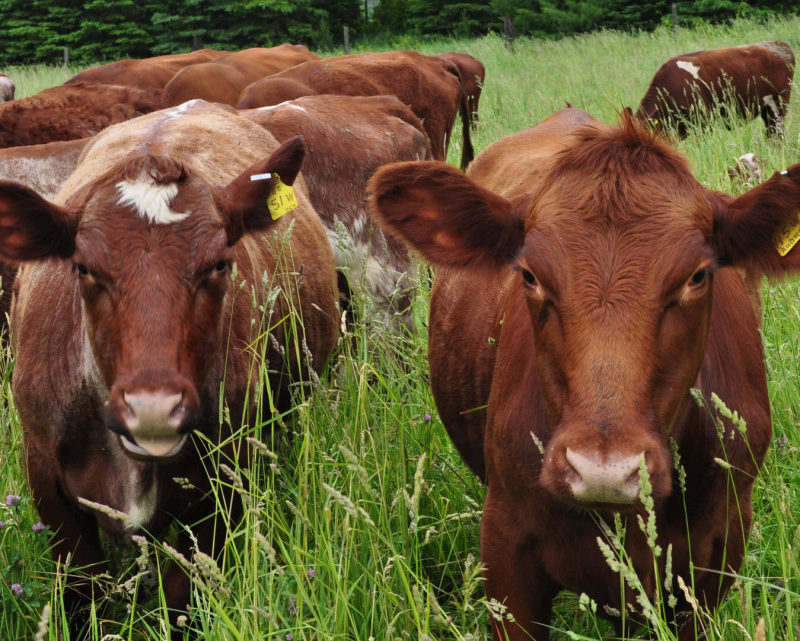 The Shorthorn breed of cattle originated in the North East of England in the late 18th century. The breed was developed as dual purpose, suitable for both dairy and beef production; however there were always certain blood lines within the breed which emphasized one quality or the other. Over time these different lines diverged and by the second half of the 20th century two separate breeds had developed – the Beef Shorthorn, and the Dairy Shorthorn. All Shorthorn cattle are coloured red, white or roan, although roan cattle are preferred by some, and completely white animals are not common.

I purchased my first purebred beef Shorthorn in 1995; she was a beautiful roan heifer that I showed in 4-H.  We chose Shorthorn cows because they are fertile and docile. We breed and develop our animals with a focus on grass-based cattle that are moderate framed, fertile, and easy keeping (meaning they excel on our grass/hay, putting on weight easily and bringing in a good calf every year).  We continue to improve on the strong carcass characteristics – marbling & tenderness – for which the Shorthorn breed is well known.